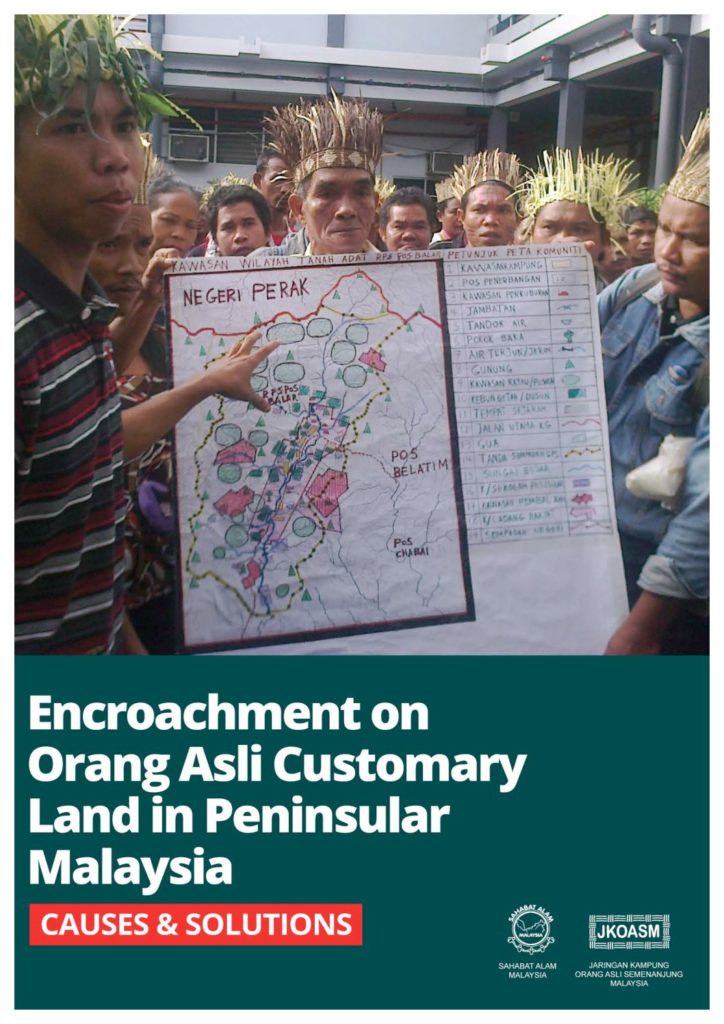 The publication of this report is the outcome of a partnership project between
Sahabat Alam Malaysia (SAM) and the Jaringan Kampung Orang Asli Semenanjung
Malaysia (JKOASM) to conduct a case study between July 2015 and June 2016.
The project originally intended to document the patterns of encroachment on Orang
Asli customary territories by logging and plantation operations in Kelantan, Perak
and Pahang through the collection of 10 cases. The collection of data was undertaken
by way of a survey and interview sessions with affected village representatives,
based on a series of questions that were prepared beforehand, as well as the
collection of information on the relevant evidence from the respondents.