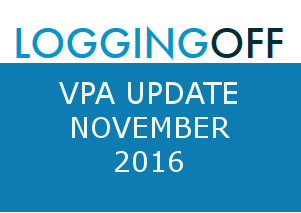 This is the Indonesia update for Forest watch special: VPA update November 2016.

This November Indonesia is expected to become the first country in the world to issue FLEGT licences, which will allow companies to import Indonesian timber in to the EU without carrying out the due diligence checks required by the EU Timber Regulation (EUTR).

Licences are a crucial part of every FLEGT Voluntary Partnership Agreement (VPA), as they provide the trade incentive to control illegal logging through governance and legal reforms, hammered out and put in to practice over numerous years (in Indonesia’s case, the VPA took about ten years (depending on what you count)  to negotiate and implement fully enough to be ready for licences).

Indonesia’s forest sector has significantly changed in recent years. The research group Chatham House estimated that illegal logging has fallen by 75% in the ten years since a 2000 peak . Today, 100% of timber exports are in principle subject to independent audit with civil society oversight. Tax returns from the industry have significantly increased. The positive influence of VPA implementation in Indonesia, and in Ghana which is fast approaching the point of also issuing FLEGT licenses, have been explored in great detail in a June 2016 study by Overdevest and Zeitlin.

It is clear that the FLEGT VPA process in Indonesia has improved transparency, and has built the capacity of local CSOs monitoring forest illegalities. It is worth pointing out however that the majority of CSOs in Indonesia have not been involved in the VPA process. The extent to which the legality assurance system incorporated in Indonesia’s VPA strengthens or ignores community land rights remains a point of debate. The VPA text explicitly requires legality verification procedures to be changed as soon as the landmark 2013 constitutional court decision recognising customary forests has been incorporated in to national law. A number of recent changes to the legality assurance system and the associated complaints procedure provide opportunities for CSOs to hold companies accountable with regards social and environmental obligations.

Respect and recognition of customary rights in Indonesia remains weak however, undermined by corruption and weak governance.  There are also concerns that the way in which violations are ‘scored’ in the legality system could allow companies with human rights violations to still qualify for a FLEGT licence. It will therefore be a test of the VPA to see if CSOs are able to use the system to continue to push for governance reforms without which achieving recognition of customary rights in Indonesia will be impossible.

FLEGT licences are not the end game, they’re another beginning

The Indonesian Independent Forest Monitoring Network (JPIK) has  welcomed the imminent arrival of FLEGT licences, clarifying that “The application of FLEGT Licensing should be seen as a challenge to strengthen the system, and maintain and build system credibility and accountability”. JPIK’s membership base of over 50 civil society organisations are urging the Government of Indonesia and the European Commission to take a number of immediate steps to ensure the world’s first FLEGT licences are part of a continually improving system of legality assurance.

These include continuous strengthening of the legality standards so that outstanding issues around forest ownership and rights, forest conversion, corruption and environmental degradation can be clarified . Visible law enforcement in cases of non-compliance and audits which genuinely assess and reflect on-the-ground conditions, also feature in JPIK’s recommendations.

The EU and Indonesia have agreed to develop a Joint Action Plan for post-FLEGT licensing activities, with a view to continue to strengthen the system. There is understandable nervousness about endorsing the world’s first FLEGT licences, and considerable governance improvements in Indonesia’s forest sector are still required. We will, however, only see if there are sufficient checks and balances within the VPA system once it is fully functional and violations are being identified, raised by CSOs or other stakeholders, and the complaints processes activated.

In a number of VPA countries (Ghana, Liberia among others), CSOs have been able to use the VPA process as a lever to initiate broad legal reforms. The extent to which Indonesia’s post-FLEGT licencing system will provide enough leverage to continue legal reforms is, as yet untested. Some are hopeful that the government commitment to consider the VPA requirements in future legal reforms provides an opening.

With five other countries currently implementing a FLEGT VPA, and another nine in negotiation, the ripples initiated by Indonesia’s FLEGT licences could be global. It may also provide the trigger for Malaysia and China to step up their activities to address illegality in the forestry sector. All actors will have to tread a fine line to ensure that Indonesia’s timber legality system is recognised while remaining concerns are addressed.