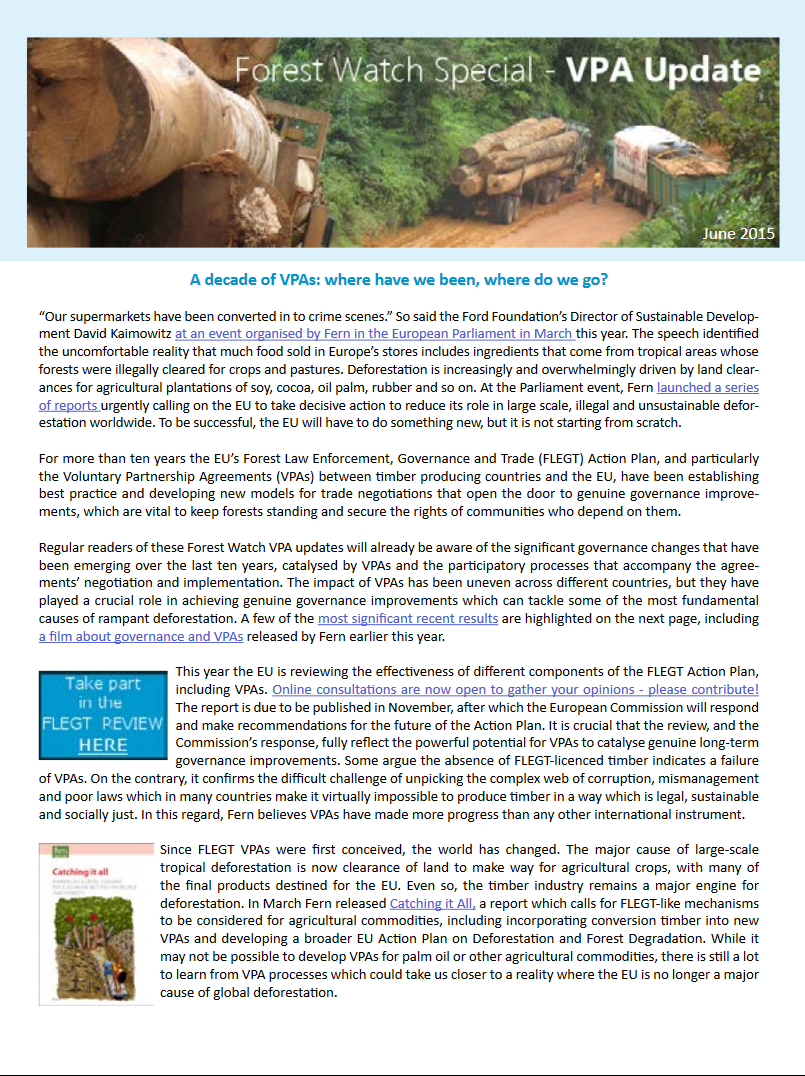 A decade of VPAs: where have we been, where do we go? Every six months, we produce an update looking at the present situation with regards the EU’s Forest Law Enforcement, Governance and Trade (FLEGT) Action Plan, with a specific focus on Voluntary Partnership Agreements (VPAs). This June 2015 example starts with an overview of what has been happening at the EU level before focussing in on the VPAs in Africa, Asia and South and Central America.