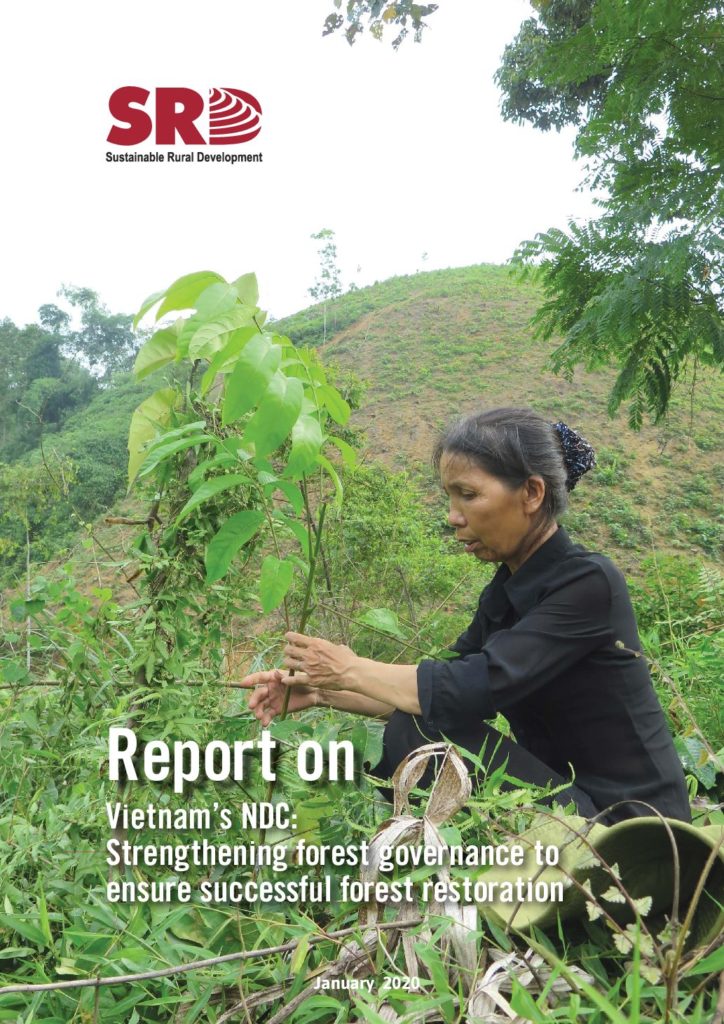 Background
Located on the tropical typhoon belt, Vietnam is extremely vulnerable to climate change.
Average temperature in Vietnam has risen by 0.62oC in the period 1958 – 2014. Annual rainfall
has decreased in the North while increased in the South. Data from 1959 – 2015 illustrates
a rising trend in tropical depressions and typhoons in the East Sea (located in the Pacific
region between Vietnam and the Philippines). Satellite data 1993 – 2014 also indicates that
the average sea level of the East Sea rises 4.05 ± 0.6 mm/year, higher than the global average
during the same period (MONRE, 2016).
Vietnam has put in efforts to control GHG emissions in order to keep global average
temperature increase, since pre-industrial times, to below 2oC by the end of 21st century. In
cooperation with the international community, Vietnam submitted to UNFCCC the Intended
Nationally Determined Contribution (INDC) in 2016, which lays out the GHG mitigation
roadmap for the period 2021 – 2030. Accordingly, GHG emissions by 2030 will be reduced by
8% compared to the BAU scenario with domestic resources, and up to 25% with international
support. The NDC demonstrates Vietnam’s commitment to the fight against climate change
by strengthening the implementation of potential GHG mitigation measures in important
sectors, such as energy, agriculture, waste, and LULUCF. Of which, forestry is affirmed as the
core mitigation sub-sector within the LULUCF sector and the only carbon removal in the NDC.
Vietnam has recognized the importance of forests for climate change mitigation. Vietnam’s
NDC includes measures on forests to achieve its mitigation targets, such as sustainable forest
management, afforestation, reforestation, carbon sequestration, biodiversity conservation,
and agro-forestry livelihood development for forest-dependent communities. However, the
NDC has yet to show how forest governance will be integrated into these measures. Since
2017, the revision of the NDC provides an opportunity to increase the level of ambition both
in terms of participatory process and in forest initiatives promoting good forest governance