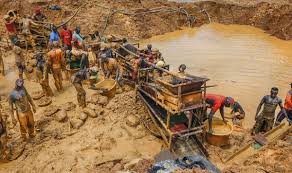 We read with absolute horror and regret a news story written by Jonas Nyabor titled, “Powerful people behind ‘galamsey’ in forest reserves – Forestry Commission” on 28th January, 2020 on citinewsroom.com.

According to the story, the Forestry Commission (FC) says some “unseen powerful persons are behind the resurgence of illegal mining in some forest reserves in the country….