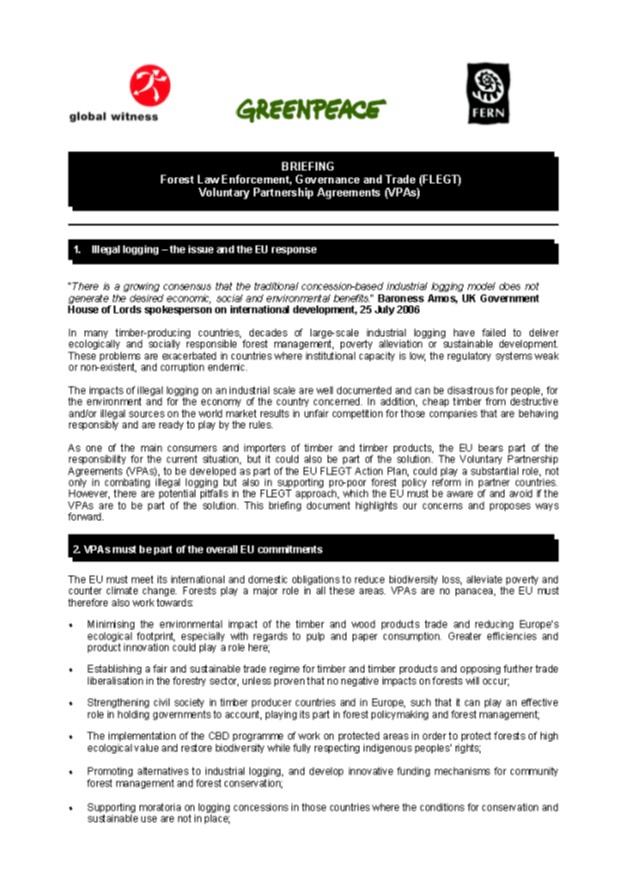 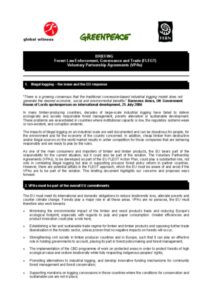 “There is a growing consensus that the traditional concession-based industrial logging model does not generate the desired economic, social and environmental benefits.” — Baroness Amos, UK Government
House of Lords spokesperson on international development, 25 July 2006

The Voluntary Partnership Agreements (VPAs), to be developed as part of the EU FLEGT Action Plan, could play a substantial role, not only in combating illegal logging but also in supporting pro-poor forest policy reform in partner countries. However, there are potential pitfalls in the FLEGT approach, which the EU must be aware of and avoid if the VPAs are to be part of the solution. This briefing document highlights our concerns and proposes ways forward.