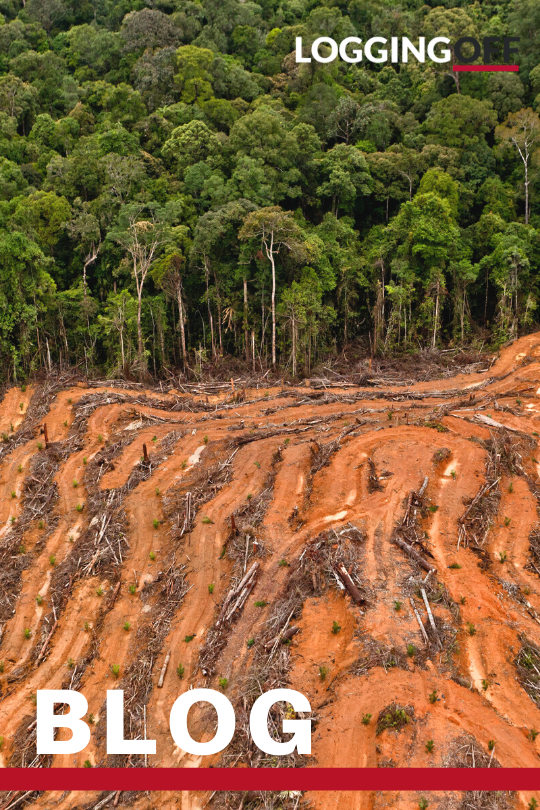 How the EU should react?

There are glimmers of hope amid the misery caused by coronavirus. Air pollution levels have declined and carbon emissions have crashed, as economies are locked in hibernation.

Yet the world’s most important rainforests seem exempt from this – temporary – planetary reprieve.

Despite the coronavirus outbreak, deforestation rates in the Amazon rose by 30 per cent in March, compared to the same time last year, and Brazilian Indigenous leaders are voicing fears that the virus will give cover to illegal loggers and land grabbers keen to ramp up their activities, as environmental enforcement is scaled back.

Meanwhile in Indonesia, home to the world’s third largest span of tropical rainforest, the government has used the pandemic to justify abandoning a painstakingly hard-won system to check the legality of its timber exports. The country’s Trade Minister claimed the decision was taken to boost timber exports in the midst of the economic slowdown.

This decision doesn’t just mean that illegal logging is likely to resurge in a nation where it was once endemic. It undermines the flagship anti-illegal logging scheme that the EU has expended time and capital on for 17 years.

The ambitious Forest Law Enforcement, Governance and Trade (FLEGT) Action Plan was launched in 2003, and represented the first measures of their kind to tackle the root causes of forest destruction: including corruption, lack of clarity over land tenure rights, and poor forest governance. It did so partly through the Voluntary Partnership Agreements (VPAs) that the EU signed with timber-producing countries, which established legal frameworks for forests to be managed in line with local social and environmental laws.

The time and resources that have gone in to making these deals has born success as civil society members and marginalised forest communities have, for the first time, helped shape their nations’ forest laws.

In 2016, Indonesia became the first country to be awarded a FLEGT license, guaranteeing that timber has been harvested, processed and exported legally: a significant milestone, which was justifiably internationally praised.

But from May 27, this will be thrown to the wind: Indonesian companies will no longer have to provide documentation proving that their wood exports come from legal sources; and less law enforcement is likely to mean more illegal deforestation.

The EU delegation to Indonesia have reportedly officially requested a meeting with the Indonesian authorities about this, “given the possible important implications” it would have for the EU’s VPA with Indonesia.

Defining challenge for the EU

Dismantling any legality checks on timber imports into the EU will mark a serious setback in the EU’s fight against illegal logging. It will also raise questions about the EU’s ability to tackle one of its citizens’ major concerns, (according to polls): deforestation and forest degradation.

But it is not just timber that causes destruction – the links between palm oil and rampant deforestation are well-established. Indonesia produces around 60 per cent of the global supply, exporting much of it to the EU.

But the regulation on sustainable palm oil production that Indonesia’s President Joko Widodo signed in March 2020, fails to address this. It contains no measures to protect primary natural forests or peat; none on respecting human rights; and has no grievance mechanism or independent monitoring oversight.

It is critical that the EU, which is currently negotiating a Free Trade Agreement with Indonesia, called the Comprehensive Partnership Agreement (CEPA), makes clear that the new sustainability regulation fails to match EU consumers standards, and uses these negotiations to ask how Indonesia will protect forests, mitigate climate change and respect community tenure rights.

For timber, the starting point must be ensuring that Indonesian companies keep proving the legality of their timber. There are a number of possible options for the palm oil trade, which have recently been proposed in this discussion paper.

How the EU responds to Indonesia, relates directly to a wider, defining question over its reaction to the COVID-19 crisis.

Will it succumb to the temptation to weaken its environmental commitments, on the misguided assumption that it will boost Member States’ ravaged economies? Or will it strengthen its resolve to protect the planet, not least because it can help prevent future pandemics?

Already, some Members of the European Parliament (MEPs) have called for the European Commission to “re-examine its political priorities” and “put pragmatism first” by radically scaling back its pre-crisis regulatory ambition – in particular for a European Green Deal.

But there are also those resisting such a regressive step. Encouragingly, a host of European climate and environment ministers, are insisting that the Green Deal must be at the heart of the EU’s recovery plan.

The alternative, as we’re now discovering, is almost too grim to contemplate.