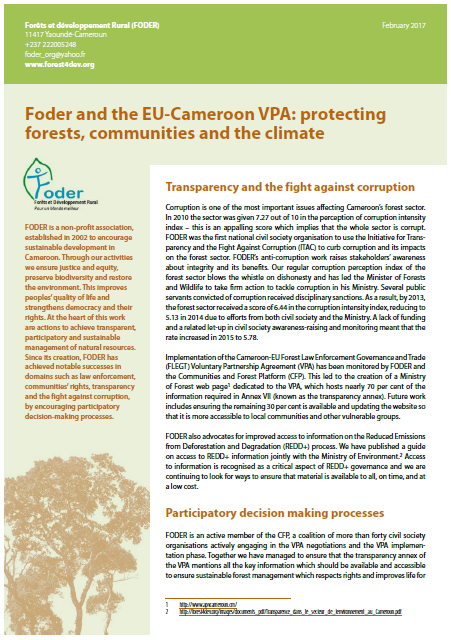 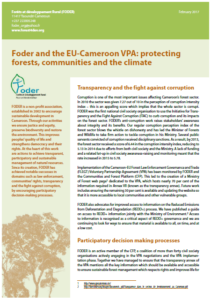 Corruption is one of the most important issues affecting Cameroon’s forest sector. In 2010 the sector was given 7.27 out of 10 in the perception of corruption intensity index – this is an appalling score which implies that the whole sector is corrupt. FODER was the first national civil society organisation to use the Initiative for Transparency and the Fight Against Corruption (ITAC) to curb corruption and its impacts on the forest sector. FODER’s anti-corruption work raises stakeholders’ awareness about integrity and its benefits. Our regular corruption perception index of the forest sector blows the whistle on dishonesty and has led the Minister of Forests and Wildlife to take firm action to tackle corruption in his Ministry. Several public servants convicted of corruption received disciplinary sanctions. As a result, by 2013, the forest sector received a score of 6.44 in the corruption intensity index, reducing to 5.13 in 2014 due to efforts from both civil society and the Ministry. A lack of funding and a related let-up in civil society awareness-raising and monitoring meant that the rate increased in 2015 to 5.78.