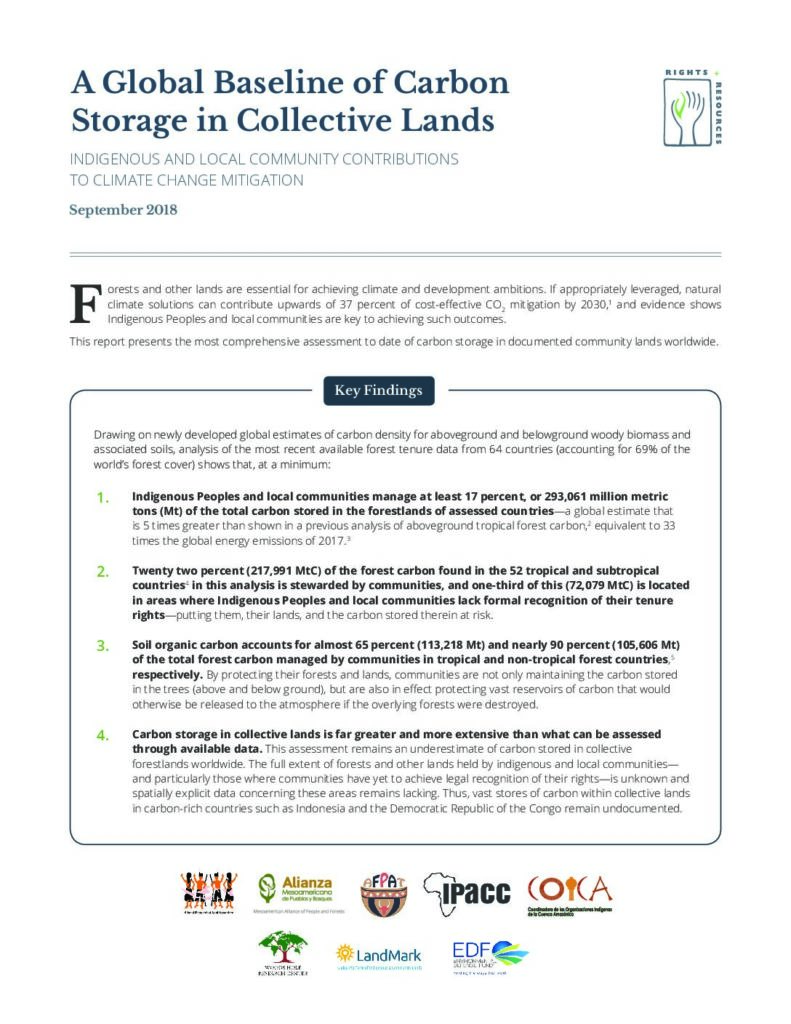 Forests and other lands are essential for achieving climate and development ambitions. If appropriately leveraged, natural climate solutions can contribute upwards of 37 percent of cost-effective CO2 mitigation by 2030,1 and evidence shows Indigenous Peoples and local communities are key to achieving such outcomes.
This report presents the most comprehensive assessment to date of carbon storage in documented community lands worldwide.