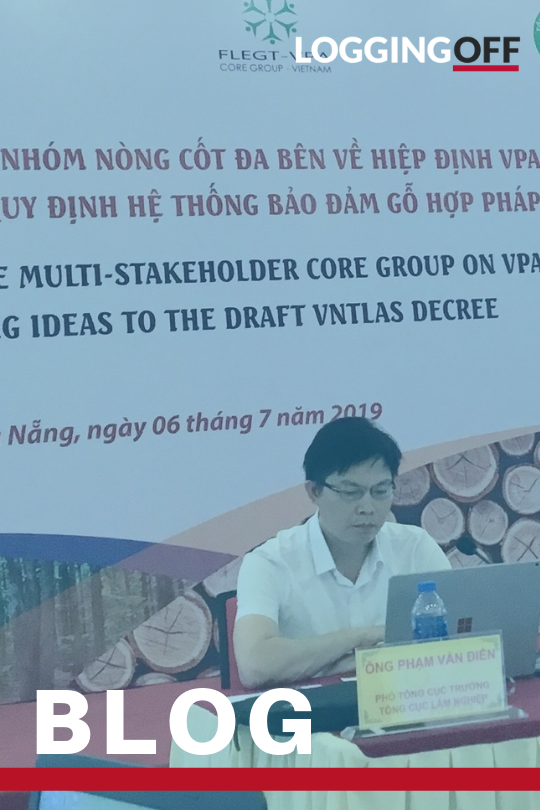 Vietnam’s Voluntary Partnership Agreement (VPA) with the European Union (EU) is designed to end the illegal timber trade by tackling its root causes. At its heart is a commitment to adopt a robust timber legality assurance system, in order to verify that wood products which are sold are legal under Vietnam’s national law.  Once verified as legal, partner countries can give FLEGT licences to timber products destined for the EU market

On July 6th 2019 in Da Nang, the Multi-stakeholder Core Group Meeting (CGM), which consists of representatives from civil society organisations (CSOs), the private sector, research institutes and development partners, gathered for their sixth meeting.  The Group provides a forum to discuss the implementation of the VPA, and to propose issues for the Joint Implementation Committee (JIC) to consider. The main aim of this CGM was to discuss the second draft of the Decree promoting Vietnam’s Timber Legality Assurance System (TLAS), which was issued last May.

The meeting was co-chaired by Dr. Pham Van Dien, Deputy Director General of VNFOREST, the Vietnam Administration of Forestry, and Mr. Ngo Si Hoai, Vice-Secretary General of the Vietnam Timber and Forest Product Association (VIFORES). Participants included several departments of VNForest (CITES Office, Legal Department, the Department of Science and Technology and International Cooperation), but also national and provincial timber associations, academia and CSOs. The objective of the meeting was to obtain comments and perspectives from different stakeholders on VNTLAS’s draft Decree No2. 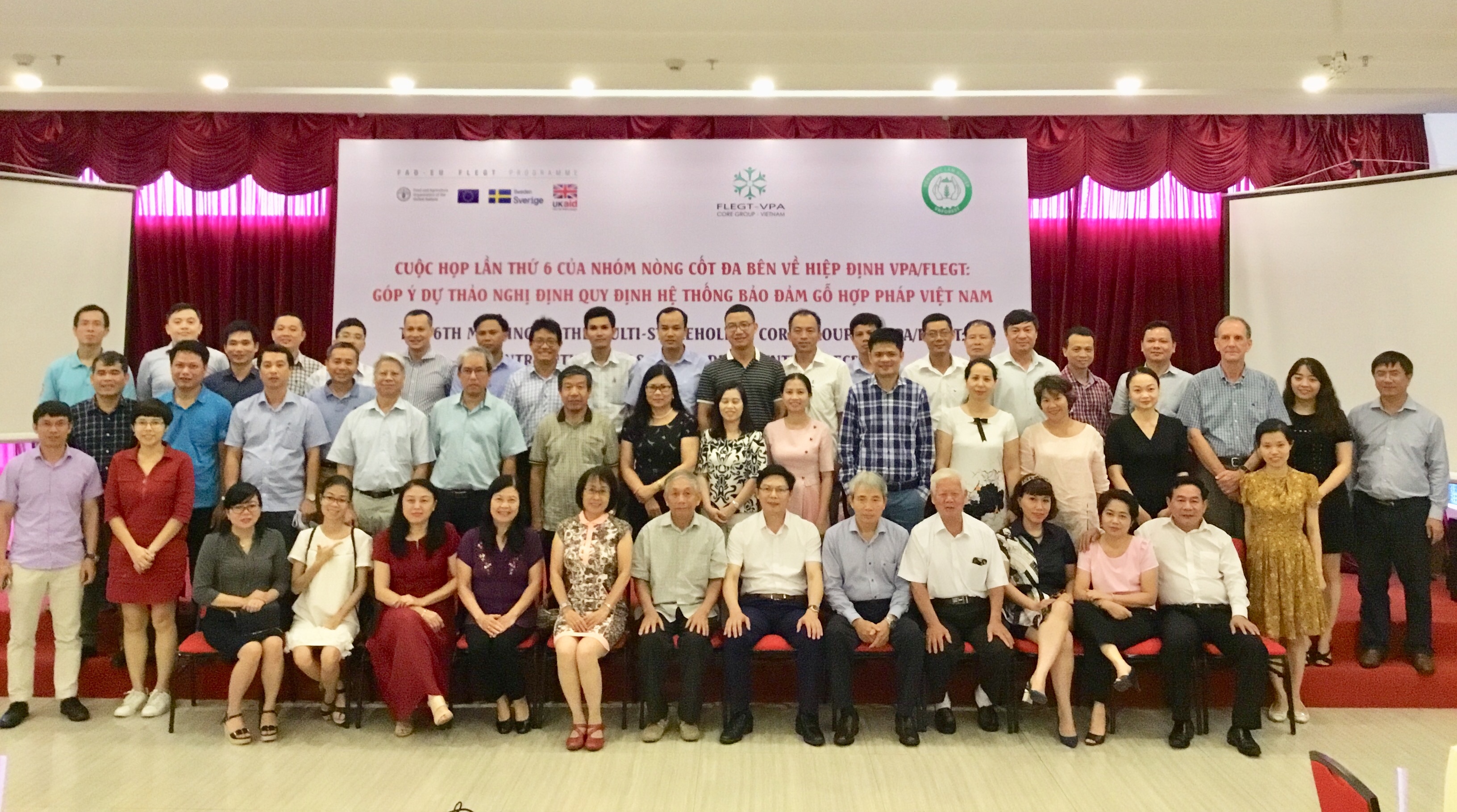 Many participants provided comments, including representatives from the VNGO-FLEGT network, research institutes and development centers. The majority of participants explicitly stated that the draft Decree should be supplemented and modified to reflect the following points:

Relevant stakeholders are invited to provide their written contribution to the consultation on the VNTLAS decree to VNForest by the 31st of August. The VNGO FLEGT network has engaged with its members to provide a joint response. The Government of Vietnam is expected to finalise the VNTLAS decree before the end of 2019.