Approximately 43% of Myanmar territory is covered by forests. But between 2010 and 2015, about 8.6% of the country’s tree cover were lost, according to the United Nations Food and Agriculture Organisation (FAO). In 2015, the FLEGT inception workshop took place and Myanmar’s FLEGT process began. But today the continuation of the informal preparatory phase is uncertain.

For some time, the FLEGT process in Myanmar has been in limbo. The UN’s FAO-EU FLEGT Programme had taken up support for the process where the UK’s Department for International Development (DFID) had left off, and FLEGT engagement is taking a different form.

A November 2019 workshop helped clarify that future. Representatives of the Commission’s DG Environment, the EU FLEGT Facility and the FAO-EU FLEGT Programme sponsored a workshop in cooperation with Myanmar’s Ministry of Natural Resources and Environmental Conservation (MONREC) to begin developing a new FLEGT Work Programme for Myanmar. In the face of grave and persistent challenges with the peace process and their implications for forest governance, the EU Commission had communicated that Myanmar’s previous focus on entering VPA negotiations is not feasible at present. The new Work Programme will be oriented toward achieving legal harvest within the scope of the EU Timber Regulation (EUTR). International actors needn’t have worried that the narrower focus would be viewed as a step back: the November workshop atmosphere was optimistic, and participants appeared excited to see things moving again. The EU currently considers the risk of illegally harvested timber from Myanmar to be non-negligible; the aim is therefore to focus on achievable goals under the EUTR, targeting obstacles to placing timber from Myanmar on European markets.

Transparency was one focus of the workshop, as European operators cannot conduct due diligence without information about in-country operators and the relevant regulatory framework. For the most part, documents are not publicly available and are drawn up only in Burmese. CSOs agreed with the Commission that the documents should be accessible without necessitating a specific request. Achieving this could be as simple as translating plans, permits, production data, departmental instructions, regulations and chain-of-custody processes and posting them online. This step is essential in establishing a culture of accountability: without access to such information, the ability to monitor what does occur and compare it to what should occur is impossible.

Another focus was to consider elements of the definition of timber legality. Participants were asked to examine the pillars of what constitutes ‘legality’ under the EUTR – for instance, rights to harvest timber, payment of duties related to timber harvesting, obligations regarding third parties’ legal rights concerning use and tenure – and compare them to existing rules in Myanmar, where social and environmental protections appear to be lacking in the timber production process.

The discussion was used to structure key priorities that will be reflected in the new Work Programme, which is to be developed through a very inclusive process and finalised, it is hoped, by late spring 2020; the FAO-EU FLEGT Programme has allocated funding toward implementation of certain activities over the next two years, while other priorities would require the mobilisation of additional sources of funding.

In the broader context, the Myanmar Forest Department has led a process to inform implementing rules for the Forest Law that was reformed in 2018. In cooperation with international partners, including the FAO-EU FLEGT Programme, and local organisations, they hosted well-attended consultations in each state and region, as well as two expert meeting to consolidate the roughly

2,600 comments collected. In fact, many stakeholders hope that the scope of the comments will create an opportunity to further revise the 2018 Forest Law.

Concerns raised included the need to harmonise the Forest Law with the National Land Use Policy (2016), which establishes customary tenure rights; the right to Free, Prior and Informed Consent (FPIC); and the right for both men and women to participate in land use planning. Given the seriousness of the concerns raised, more than a technical, line-by-line revision, stakeholders hoped that a broad new approach would ensure a greater respect for Indigenous and local communities’ priorities. Allowing these groups to be involved in reshaping the Forest Law could encourage decentralising forest management decisions to states, regions and self-administered zones, placing sustainable management and protection of livelihoods, culture and identity on more balanced footing with commercial timber extraction.

A last validation workshop in this process (mid-December 2019) is planned to finalise draft rules for submission to Myanmar’s Union Attorney General Office, which may clarify the need to revise the Law to address the broad scope of comments.

Valuable information from the forest rules consultation should be reflected in the new FLEGT Work Programme, as will information gathered in the course of an awareness-raising project in four states and regions that was implemented by ALARM (Advancing Life and Regenerating Motherland, a national CSO that occasionally supports local associations) and supported by the FAO-EU FLEGT Programme.

The information gathered at these sessions echoed previously articulated issues with increased specificity. Here again the need was raised to manage timber extraction in a way that recognises customary tenure local livelihoods and respects FPIC; timber extraction must benefit local communities. Grievance procedures should allow them to address, for example, instances where the Myanmar Timber Enterprise’s (MTE) logging elephants had destroyed local crops, or dense logging roads had affected water supplies and diminished local livelihoods. It should be ensured that logging roads have been closed after legal cuts and patrolled to reduce later illegal logging.

Government forest management units should be put under community control, and not just the very degraded areas. CSOs wished to act as independent forest monitors and assist MTE and FD in monitoring chain of custody but would need greater transparency and improved information management to do so; here, increased capacity-building and training is needed for CSOs and authorities alike. Finally, conflict timber, illegal logging and armed groups are still a problem in Myanmar, and CSOs would like for the FLEGT process to be linked to the national peace process. 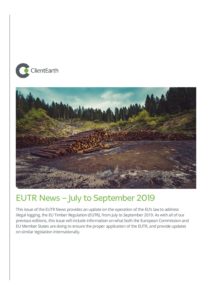