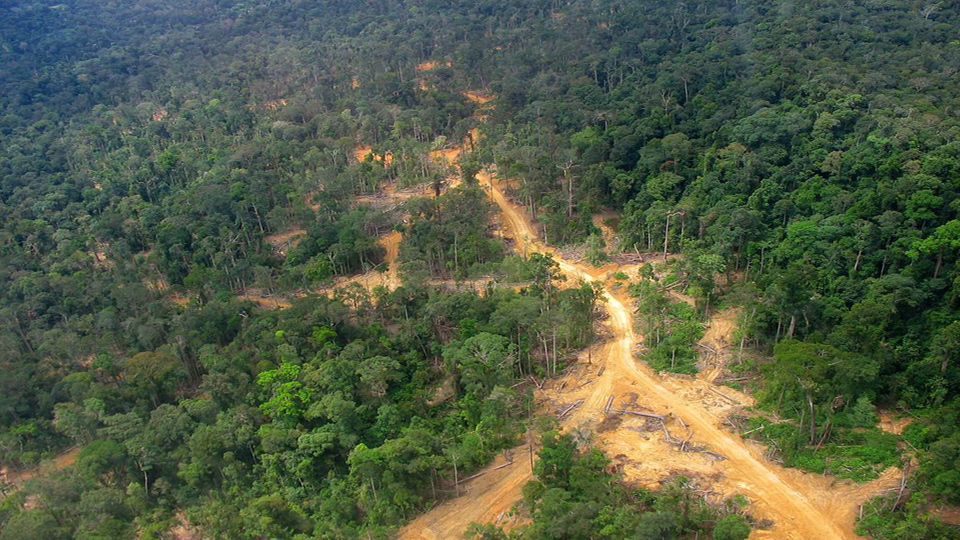 ClientEarth has developed a legal toolkit to help decision-makers use laws to reduce forest conversion and minimise the environmental and social impacts of deforestation.

The toolkit gives lawmakers guidance about the questions they should ask themselves when writing or reforming forest conversion laws on five key areas that must be addressed:

ClientEarth lawyer Clotilde Henriot said: “Forest conversion laws should set out what is allowed, what is forbidden, and what rules must be followed to gain access to forested land and gain permission to clear it for another purpose.

Forest conversion – the clearing of tropical forests for things like agriculture, mining and infrastructure – is the leading cause of deforestation today.

Rules governing forest conversion are often scattered between existing laws on everything from the environment and land to mining and agriculture. But when these laws contradict one another, or are silent on important areas, deforestation is left ungoverned. This has led to an increase in illegal activity.

Half of all timber that is traded internationally comes from forest conversion and nearly two-thirds of that is thought to be illegal, according to a report by Forest Trends.

While action from the EU and voluntary commitments from the private sector might go some way to solving the problems around deforestation, they won’t halt it alone. Between 2000 and 2010, tropical countries experienced a net forest loss of 7 million hectares per year.

Strengthening the law is one of the key ways to reduce deforestation. Using this legal toolkit, governments have a starting point to reform laws around forest conversion that will help protect people and the planet.

Read the full legal toolkit on forest conversion or by each section here: