Latest summary of the state of Vietnam’s VPA negotiations for Forestwatch Special, VPA update – from December 2015: 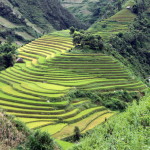 Negotiations in Vietnam are continuing, although civil society still has no formal role in the process and is hampered by this. The latest version of the legality definition has still not been made available to CSOs.

On 2nd December 2015, the Prime Minister of Vietnam Nguyễn Tấn Dũng came to Brussels to conclude the negotiations of a European Union-Vietnam Free Trade Agreement. Together with the President of the European Commission Jean-Claude Juncker and the President of the European Union Donald Tusk, they also reaffirmed their determination to conclude the FLEGT VPA negotiations by the end of 2016, although experience in other countries indicates that these predictions for the end of negotiations are often overly-optimistic. In response, the NGO network working on FLEGT (the VNGO network) and Fern issued a statement highlighting some of the issues that need to be addressed before closing negotiations on the VPA.

The main focus of the VNGO-network is currently to establish a civil society independent forest monitoring system. The network has completed a baseline study in four provinces where they intend to pilot the system. The baseline study provides the starting point for the monitoring of compliance with the timber legality definition at household level, which will be implemented by the network over time. A training workshop on GIS application has been held in Vietnam. Facilitated by international trainers, the workshop is an opportunity to learn about GIS and its application to VNGO-FLEGT’s areas of work. The network now has one more powerful tool at its disposal to monitor the implementation of the VPA.

However, the issues of participation and legitimacy remain in Vietnam. With no formal role in VPA negotiations, and no clear indication from the government that the results of civil society forest monitoring will be taken on board by the government, it is difficult to assess what political impact the VNGO network can have. It is hoped that the results of the network’s monitoring activities will speak for themselves. The completed baseline studies are already beginning to reveal important findings about non-compliance at the household level, which will be communicated to the government forest department (VNForest) and other FLEGT VPA stakeholders via policy papers in the new year.