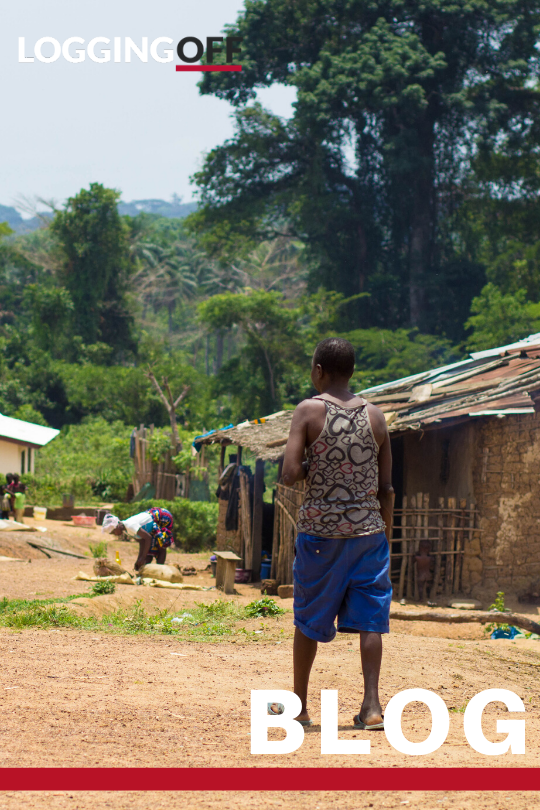 On March 16, Liberia’s first recorded coronavirus case was confirmed to be a government official who had just returned from the Green Climate Fund’s board meeting in Switzerland. The news sparked immediate recriminations. This was no surprise, given that six years ago an even more deadly virus, in the form of Ebola, swept the country.

Since then, further coronavirus cases have been identified, and Liberia’s President, George Weah, released a song calling on his compatriots to take preventative measures against the disease before declaring a state of emergency. He has now issued a 14-day stay-at-home order, starting on April 10, which quarantines residents of four counties, including that covering the capital, Monrovia.

Meanwhile past leaders, including former President Ellen Johnson Sirleaf and the country’s ex-finance minister, have recalled the lessons they learned from fighting off Ebola, which killed around 40% of those who contracted it, and nearly one in 10 of Liberia’s health-workers.

It’s not only former political leaders, though, who can share vital knowledge on Liberia’s “monumental achievement,” as the World Health Organisation called it, in overcoming Ebola.

When the country’s first Ebola cases were confirmed in Lofa County on March 14, 2014, Fern’s Liberian partners were, as usual, immersed in their everyday struggles to protect the country’s natural resources.

Those included supporting remote communities to exercise their rights and helping them get their dues from the logging operations which had encroached on their lands, challenging the international palm oil companies that had swallowed up vast tracts of Liberia (threatening the livelihoods of many local people in the process), and using the Voluntary Partnership Agreement (VPA) timber trade deal Liberia signed with the European Union, to push for forests laws to be properly implemented.

But as the Ebola virus tore through the country, much of this work became impossible.

The long-term battle to ensure that Liberia’s natural resources benefited all its people was superseded by the short-term battle for survival. Meetings were cancelled, travel restricted, finances stalled, reports not published. Some of our partners, meanwhile, endured the devastating loss of loved ones.

Almost overnight, the carefully laid work plans in our partners’ grant proposals were rendered virtually obsolete. Many of our partners, naturally, wanted to redirect their efforts to combating Ebola.

Fern quickly sought – and was granted – dispensation from our funders, the UK’s Department for International Development (DFID) and the EU, for our partners to focus instead on Ebola-related work. This meant they could be part of the national effort to save lives and their salaries could still be paid.

Our partners, the Sustainable Development Institute (SDI) and the Foundation for Community Initiatives (FCI) initiated the Community Awareness and Support Team (CAST), joining forces with other Liberian NGOs engaged in protecting community rights and natural resources.

Together, they used their relationships with isolated rural communities to help save lives.

Working in about 200 towns and villages, they organised sessions on prevention awareness and caring for the infected. They distributed educational material, and almost 6,000 protection kits. They also gathered information from communities, which they shared with health teams, and the National Civil Society Taskforce on Ebola. Meanwhile, SDI’s founder Silas Siakor, a Goldman Prize winner, used his international standing to rally support around the world for their work.

In May 2015, the WHO declared Liberia free of the Ebola virus, stating: “It is a tribute to the government and people of Liberia that determination to defeat Ebola never wavered, courage never faltered.”

For Fern the overriding lesson was clear: in such a grave emergency it is vital to both be nimble enough to respond to partners’ needs, and to redirect existing resources to where they can have the greatest impact. Fortunately, our donors, the EU and DFID understood this.

Another lesson also emerged over time: never lose sight of your principal goals.

In the immediate aftermath of the Ebola outbreak, Global Witness claimed one major palm oil company had accelerated its operations during the peak of the outbreak, “holding meetings with hundreds of people and encouraging illiterate citizens to sign away their land rights when community support groups were staying at home for risk of contagion”.

Already, it seems some are using the coronavirus crisis as a cover to weaken environmental and social protections: a prime example, being Indonesia’s plans to weaken its rules on timber exports.

As the world’s richest nations announce massive economic stimulus packages, Liberia and other African nations appear to be a few weeks behind Europe in the spread of the disease, but with threadbare health care systems and lacking the resources to jolt their economies with relief packages when the surge in cases arrives.

How terrible that a nation that faced a deadly contagion just six years ago – and has imparted such valuable lessons to the rest of the world on containing it – should be on the brink of another.

The coronavirus knows no borders, as has been pointed out frequently in past days. The lesson from 2014 is that only global collaboration can stop it. Part of that must include donors from the world’s biggest economies supporting local NGOs to work with their communities and providing well-targeted financial support to deal with the aftermath.