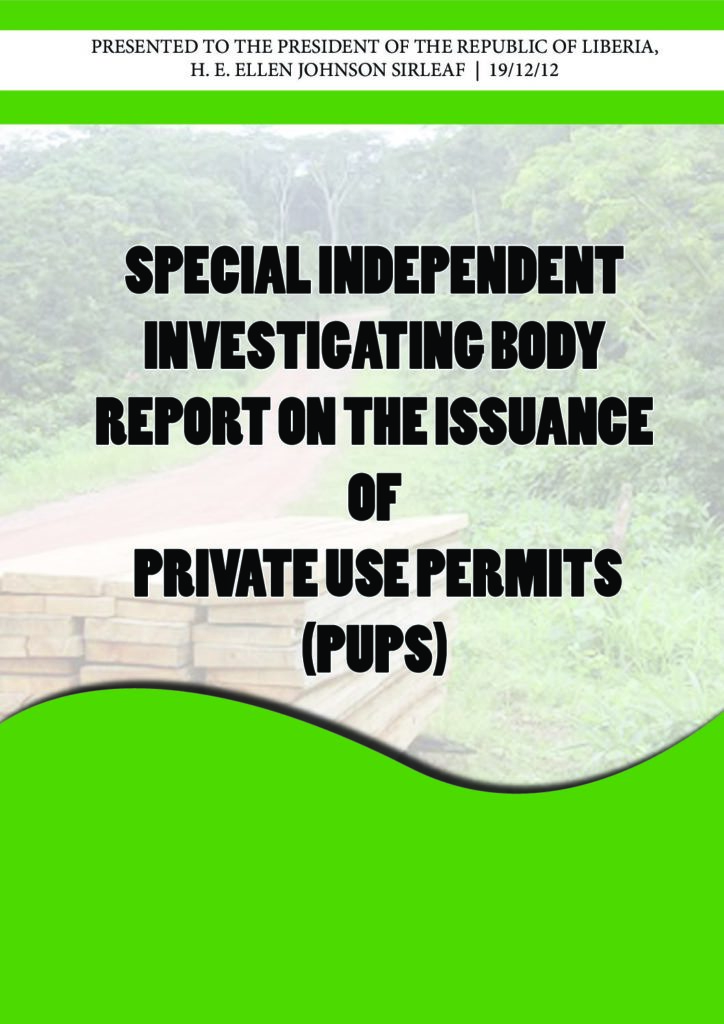 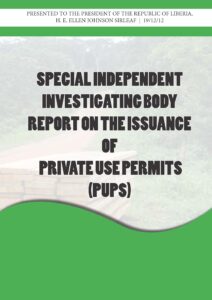 The Special Independent Investigating Body (SIIB) was established by President Ellen Johnson Sirleaf in August 2012 to investigate allegations related to the issuance of Private Use Permits (PUPs). The Report addresses the legality of the Forestry Development Authority (FDA) issuance of PUPs, the legal status of PUPs, and provides guidance toward a full resolution of the legal and policy issues identified. The controversy over PUPs was first raised by Liberian NGOs a year earlier, in August 2011, and subsequently with the European Commission in January 2012 and through NGOs mapping of PUPs in August 2012.

The investigation concluded “the level of abuse of power and public trust that characterized the transactional relationship that evolved amongst various actors in the forestry sector, was led and sanctioned by FDA. The legal framework, including the National Forestry Reform Law, Community Rights Law, Public Procurement and Concessions Act, FDA regulations, and other laws have been wilfully violated to such an extent that the effective governance and management of the forestry sector has been undermined and its viability threatened”.

The report led to criminal indictments issued by the Liberian Government against eight officials “for economic sabotage, forgery, counterfeiting, obtaining deceptive writings and obstruction of government functions by public servants”.