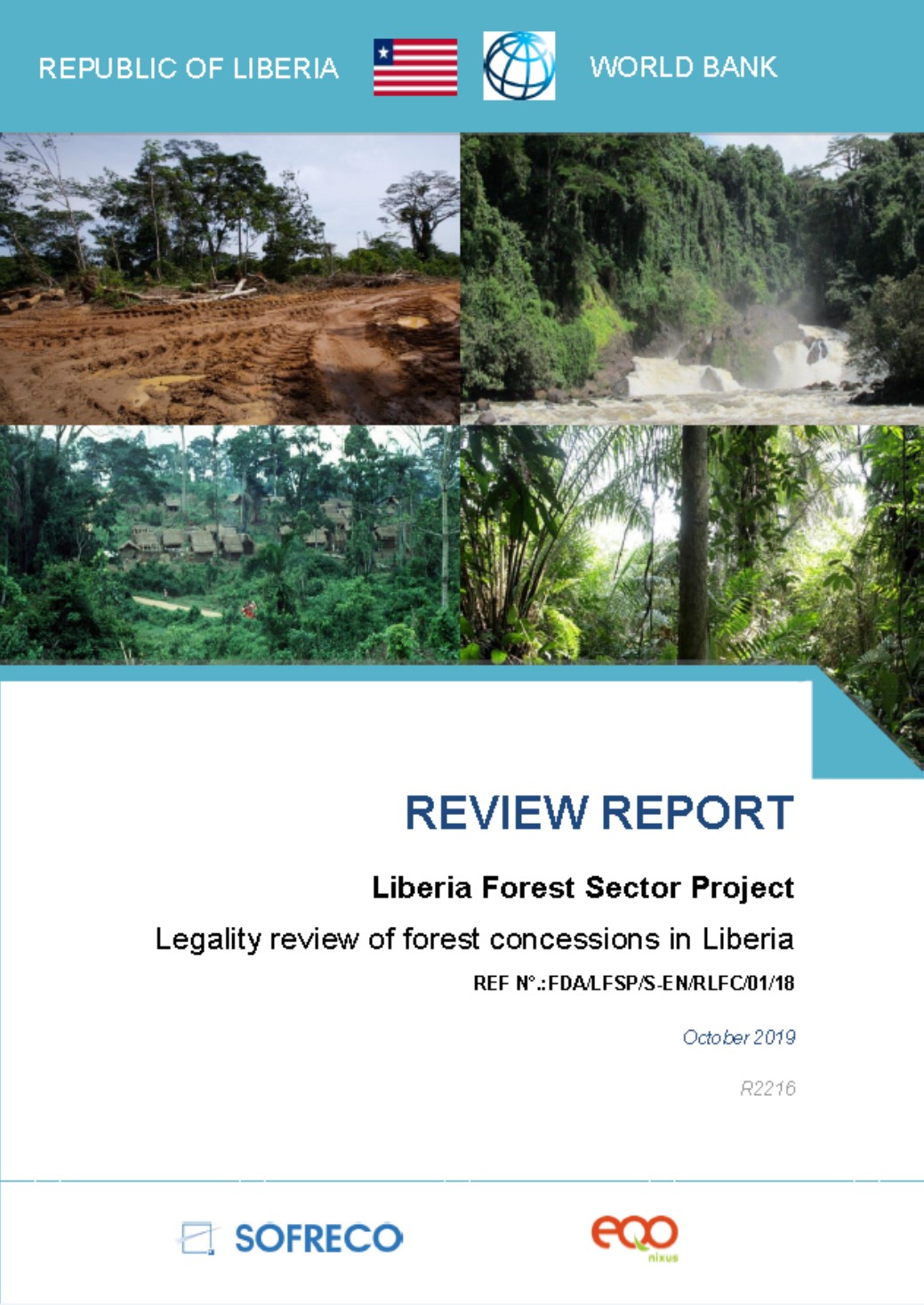 Under its Letter of Intent with the Government of Norway, the Government of Liberia committed in 2014 to conduct a Legality review of forest concessions in Liberia. The review covered (i) the negotiation and awarding process of logging concessions contracts and agreements and (ii) implementation and enforcement of these contracts and agreements. It used the eleven principles of the EU-Liberia Voluntary Partnership Agreement as the basis of assessment. Only active contracts / agreements were considered, as the review team found that for the other contracts unsufficient supporting documentation was available. Thus, of 34 contracts, eleven were reviewed.

The review found that “none of the company [sic] could fully comply with any the Principle of the VPA legality matrix” (p.68).

This is the Final Draft report from the consultants, SOFRECO–EQO NIXUS, presented to Liberia stakeholders in late 2019. The final report itself has not, to date, been made available.

The contracts covered by the review are as follows: