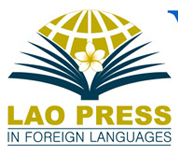 Laos’s Vientiane Times published this article on 27 February 2014, following a workshop held the previous day on the start of the country’s VPA process. The workshop brought together experts from Laos and the EU, and stakeholders from government agencies, civil society and the private sector.

With forest cover in Laos having declined to about 40 percent, the government plans to improve the forestry sector by reducing exports of raw logs and primary wood products from natural forests.

By entering into a voluntary partnership agreement (VPA) with the European Union (EU), Laos can improve opportunities for timber industry products to access the EU market and reduce illegal logging.

Experts from Laos and the EU, together with stakeholders from government agencies, civil society and the private sector gathered in Vientiane yesterday to prepare the initial steps in the VPA process and discuss the roadmap for future negotiations.

The EU Timber Regulation (EUTR) came into effect in March last year, aiming to stop the circulation of illegally logged wood in the EU.

The EUTR is a pragmatic illustration of the importance the EU attaches to environmental preservation and more generally sustainable development in the world when it comes to trade relations, said Mr Goffin.

It is timely for all Lao stakeholders of the forest or timber chain to adapt to this market by actively participating in upcoming negotiations, he said.

The EU has negotiated with many countries in relation to VPAs. In the region there is Indonesia, already a VPA country, while Vietnam, Malaysia and Thailand are under negotiation. If Laos is not in the VPA club it will not have access to the EU market, Mr Goffin said.

“We have VPAs in many countries in Africa and Latin America but at some point soon the EU market will be satisfied with all these VPA countries,” he explained, “so there is a risk that Laos will be totally out of the EU market in the long run.”

In early 2013, the EU granted six million euro for support mechanisms and technical assistance to the EU-ASIA Forest Law Enforcement, Governance and Trade (FLEGT) regional programme, from which Laos has also benefited.

FLEGT supports activities relating to forest governance and facilitating trade in legal timber during the past few years.

Implemented through a partnership between GIZ and the Department of Forestry Inspection, it was designed as a one-phased programme to support the Lao government in the negotiation of VPA s with the EU.