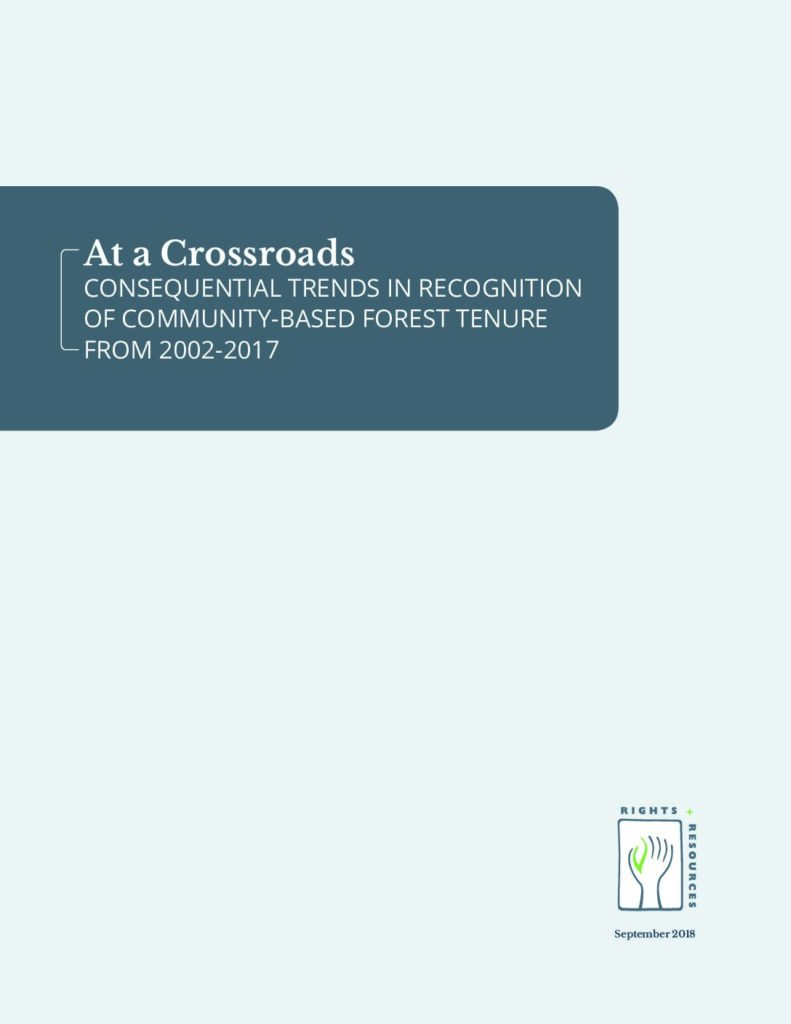 Despite the substantial forest area held, claimed, and managed by Indigenous Peoples, local communities, and rural women, the vast majority of the world’s forests formally remain under government administration as national or provincial forests, protected areas, or forests allocated to third parties under concessions. Given evidence that deforestation rates are often lower and carbon sequestration greater in forests where Indigenous Peoples’ and local communities’ rights are legally recognized, there is an urgent need to scale up tenure reform in order to safeguard the world’s remaining forests.

This analysis reports on trends in global forest tenure over the fifteen-year period from 2002-2017. It is the fourth in a series of analyses monitoring the legal recognition of forest tenure around the world according to four categories of legally recognized (statutory) forest tenure: government administered, designated for Indigenous Peoples and local communities, owned by Indigenous Peoples and local communities, and privately owned by individuals and firms.

Notwithstanding the limited progress overall, emerging evidence and opportunities provide reason for hope: across the same 41 countries, two-thirds of the advancement in community tenure between 2013-2017 relate to increases in community forest ownership, with over 90 percent of this progress stemming from low- and middle-income countries (LMICs) in Africa, Asia, and Latin America. Moreover, recent laws in a number of countries establish new legal pathways for communities to own their forests under national law. Together, these advancements signal possible movement toward the recognition of additional and more robust forest tenure rights for Indigenous Peoples and local communities.